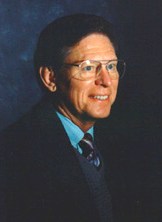 Most of you have never heard of Dr. Clay Tucker-Ladd, and yet in many ways, he was just as influential as any psychologist because he did something revolutionary in his day. In 1970 — 40 years ago — he taught a class on how to apply psychology to personal life. Yes, that’s right — Dr. Tucker-Ladd pre-dated all of those positive psychology folks and self-help gurus who talk about how you can apply basic psychological principles to help improve our own happiness and well-being.

But I met Clay many, many years later — in 1996 — when we began discussing and working on how to publish his self-help book online, the first online self-help book. The self-help book is called fittingly enough Psychological Self-Help, a book he began writing back in 1973.

No publisher would touch it because of its length — over 1,000 typewritten pages. But in 1996, I was running a new-at-the-time website devoted to mental health concerns and it seemed like a win-win all around to help him publish this book. I could help him reach a lot more people with his book, and he could draw more visitors to the site with his research-grounded self-help advice and techniques.

Unlike a traditional paper book, it would also go on to reach more people than most self-help books — well over a million people since it was first published. Few self-help books have that kind of broad reach and impact.

Clay’s writing was always a harmonious blend of theory and practice — psychological ideas used to ground his direct advice. And the direct advice wasn’t just simple advice — it was always a set of practical solutions and techniques that the reader could put into practice if they were willing to give it a try. Clay always cut to the chase in his book — he didn’t beat around the bush or tell you that you couldn’t do something. You could, only you had to put in the work.

We eventually moved the book to its own website, where it continues to live today.

Sadly, though, Clay Tucker-Ladd passed away earlier this week, succumbing to his lengthy battle with cancer.

Clay has had a distinguished career as a psychologist. Clay served with the US Marines in Korea, but got his first professional job at Indiana University Medical Center training psychiatrists. Thereafter, he became Chief Psychologist of the Outpatient Psychiatry Clinic. Then Clay moved on to Southern Illinois University as Director of the Counseling & Testing Center. He became chair of the Psychology Department at Eastern Illinois University from 1974 to 1980, where he developed a Paraprofessional BA degree program while continuing to improve his self-help course. He has been a licensed psychologist for decades, and maintained a small private practice during a part of his career.

Clay’s diverse experiences in life were readily apparent in the wisdom he passed on both through his writing and his many emails to me over the years. But the real joy of Clay was his way with words — his way of transforming complex psychological concepts and research into understandable narrative. He removed the jargon, boiled down the research, and produced something truly astonishing and comprehensive in that self-help book.

Clay is one of those quiet, unsung heroes in psychology — humble, but so well-read that it could be a challenge to keep up with his knowledge. His work has touched the lives of so many. He always had a vision of “giving psychology away,” and through his self-help book and the rest of his life’s work, his vision and memory will live on.

Clay inspired me in so many ways and continues to inspire me today. We’ve been giving psychology away now for nearly 15 years, and will continue to do so. His willingness to simply allow people to benefit from his wisdom and knowledge is the model on which we base much of what we do here at Psych Central today.

Dr. Clay Tucker-Ladd is missed — my heart hurts at the thought that he is no longer in this world. But his memory and work will live on for a long time to come.

In lieu of flowers, memorials, in Dr. Tucker-Ladd’s name, may be made to SHARE International, Inc., www.shareinternationalinc.com or to the American Cancer Society.

Dr. John Grohol is the founder of Psych Central, which was sold to Healthline in 2020. He is a psychologist, author, researcher, and expert in mental health online, and has been writing about online behavior, mental health and psychology issues since 1995. Dr. Grohol has a Master's degree and doctorate in clinical psychology from Nova Southeastern University. Dr. Grohol sits on the editorial board of the journal Computers in Human Behavior and is a founding board member of the Society for Participatory Medicine. You can learn more about Dr. John Grohol here.

Are People with Schizophrenia Better Off?

How Facebook’s Squishy Ethics Got Them Into Trouble

Be Careful While You Text

Can a Computer Replace a Therapist?

Is a Woman Orgasmic? Watch Her Walk

Want to Control Your Teens? Don’t

Sorry to hear of Dr. Clay’s passing. I am looking forward to reading his e book and gaining insight from his vast knowledge.

“I could help him reach a lot more people with his book, and he could draw more visitors to the site with his research-grounded self-help advice and techniques.”

Thank you so much for supporting him in this way, and for this beautiful summary of his life and work.

I remember Dr. Clay from a forum i used to lurk; i printed out his book. Thank you for posting this.

I’m so sorry to hear about his passing. His book has brought much comfort to me over the years.

We usually celebrate all the wrong people, I think. I can personally vouch for Dr. Clay Tucker-Ladd as an awesome professional as well as a kind and decent man. I have several times consulted his online book. It is a treasure-trove of sound clinical advice backed by sound research and decades of clinical practice.

I remember corresponding with Dr. Tucker-Ladd many years ago. I don’t even recall what we discussed, but I remember his helpful, honest, forthright nature.

I cannot recommend his online book highly enough. As you can gather from the article here, it is filled with clinically sound, practical, actionable advice delivered in plain language. It can and does help people.

He will be missed.

We're sorry, but we're closed to new questions at this time.